A visit to ELIX Learning Centers in Urban Athens was held on Friday 19th and Monday 22nd of May by the Directorate General for the European Civil Protection and Humanitarian Aid Operations (ECHO), Yorgos Kapranis from DG ECHO office in Athens and Nieve O 'Sullivan, Programme Manager from the Emergency Support Inside European Union.

Accompanied by UNICEF's Chief of Field Operations, Eric Durpaire, and the Chief, Education Naoko Imoto, from the Refugee and Migrant Response team in Greece, the ECHO team was informed by the Project Manager and ELIX General Manager, Judith Wunderlich-Antoniou, on the project "Quality Play-Based Learning and Non-Formal Education, Enhanced Psychosocial Well-Being and Positive Integration for Refugee Children Aged 3-17 Years in Greece". It is reminded that the project started in November 2016 and is being implemented by ELIX in Attica and Central Macedonia in cooperation with Finn Church Aid (FCA), funded by European Union Civil Protection and Humanitarian Aid (ECHO), the Church of Sweden and supported by UNICEF.

On Friday, visitors were guided to the ELIX Learning Center on Patission, while they had the opportunity to attend the creative activities held during the Early Childhood Development activities and the activities facilitated for the older students. The smiles of the children were the best proof of the quality work of ELIX teachers and created positive impressions to the attendees.

The impressions of the visitors were also positive during the visit to ELIX Learning Center, which is hosted at the 51st Elementary School of Athens, within the frame of "Open Schools Athens" programme implemented by the Municipality of Athens.

The ELIX team accompanied the visitors to the learning spaces and informed them about the plans of continuation of the educational activities during the summer months. 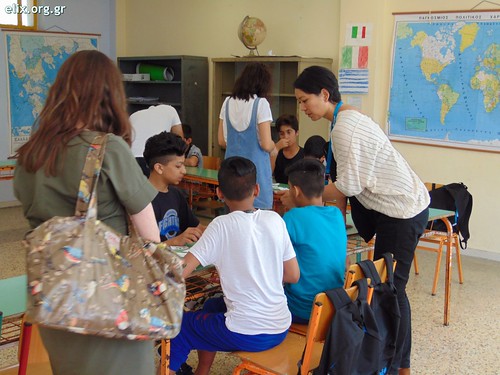 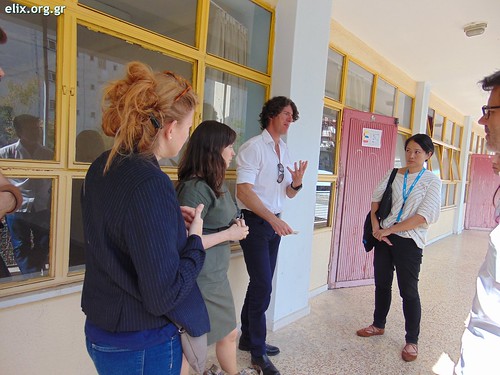 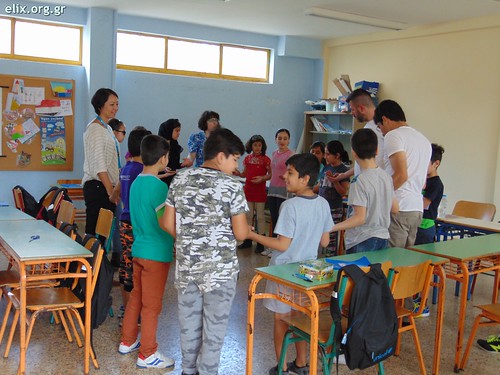 Designed & Developed by Sphere Web
Support ELIX
We use cookies to improve our site and your experience. By continuing to browse our site, you accept the cookies policy. I Agree